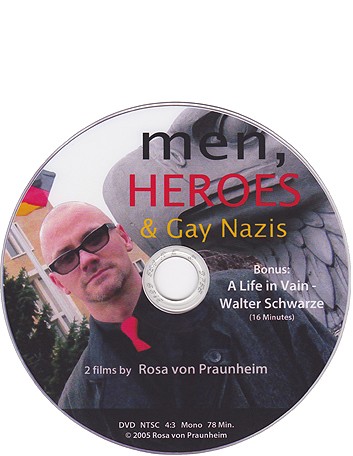 Since its inception, the homosexual movement has always included gays whose political lean-ings tend toward the extreme right; these are men who set great store by masculinity and nationalism, who look down on “fairies” and women and propagate anti-Semitism. Writing shortly before his death from Aids at the end of the 1980s, neo-Nazi Michael Kühnen claimed that gay men made better fighters, because having no family made them more independent and braver. Rosa von Praunheim: “Some may be shocked that I do not make a stand in my film and do not por-tray gay neo-Nazis as monsters, but as people living their lives in dramatic contradiction.”