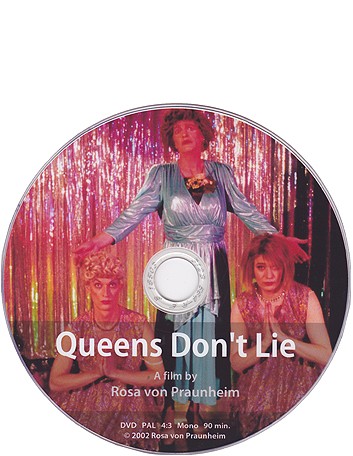 Portrait of the Berlin anarcho-drag-queen-family Ichgola Androgyn, Bev StroganoV, Tima die Göttliche and Ovo Maltine who met over 30 years ago and started performing at Schwuz, a gay community center. It wasn’t before long the performed all over Berlin and Germany and featured in several of von Praunheim’s films. They weren’t just being glamorous, oh no, this is Berlin after all, they were also politically active in all sorts of movements and groups.