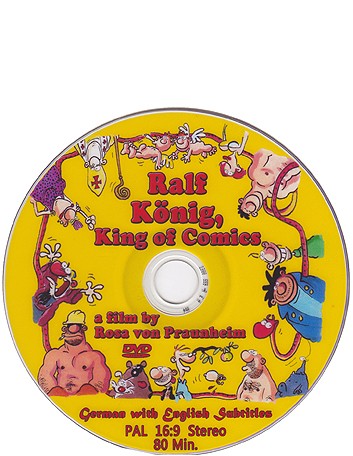 Ralf König, Germany‘s most successful cartoonist, became famous with his comic book THE MOST DESIRED MAN that was made into a film in 1994, starring Til Schweiger. Wittily playing with queer clichés, he also reaches a wide heterosexual audience. In KING OF COMIC Rosa von Praunheim portrays an unpretentious and modest man that with his brilliant observation skills has been leaving his mark on generations.