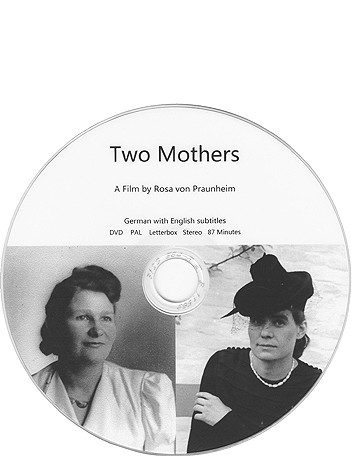 Rosa von Praunheim: “Tracing my two mothers in Riga revealed my personal history. I thought I was born Holger Mischwitzky in Riga, Latvia, on November 25th, 1942. In 2000, my 94-year-old mother told me I was not her son; that she had found me in a children’s home in Riga during the German occupation. That was all she was prepared to say. She died in 2003. Initially I didn’t want to start searching: it would feel like a betrayal of my loving mother. Two years later I did become curious, but not knowing my real family name, I thought searching would be futile. With the help of a Latvian journalist I met Agnese, who discovered intriguing things in the National Archive. Amazingly enough, I eventually found my real birth certificate in Berlin. It stated that I had been born in Riga in the Central Prison. After 63 years, I decided to fly to Riga and start searching for my two mothers’ traces.