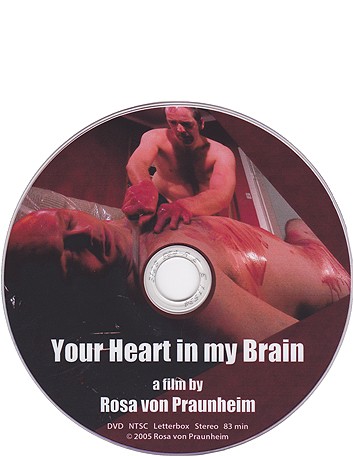 Achim lives alone in a bleak district of Berlin characterized by decaying one-family houses. His wife Karin recently left him, and she is determined to take him for all he’s worth. He knows this will involve the forced sale of his home. Achim is a high school teacher, but due to depression, he has been suspended from his job for the last seven months.
He meets Peter in an internet chat room for chess fans and invites him to his house. Soon it becomes apparent that Peter has no idea how to play chess, but he wins Achim’s trust anyway. From the first moment, Peter tries to provoke sadomasochistic feelings in Achim. He succeeds in involving him in role playing. In the kitchen Peter shocks Achim with a bloody action reminiscent of the “Cannibal of Rotheburg” when he seems to cut off his own penis. The fun and games become earnest when Peter confesses that his most fervent wish is to be killed and eaten by Achim.